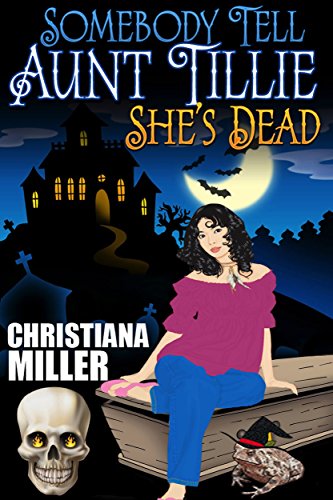 A little magic can go a long way--to screwing up a girl's life! When Mara loses her apartment, she casts a spell and inherits a cottage. But when she moves in, she discovers Aunt Tillie never moved out. She’s one pissed-off ghost, who blames Mara’s magical meddling for her untimely death.

A little magic can go a long way -- to really screwing up a girl's life!

Mara is having the worst month of her life. At least, that's what her cards tell her and they've never been wrong. She's evicted from her apartment, loses her job and is banned from Beverly Hills. So when the tarot cards predict her imminent demise, she uses a little magic to make her world right.

Suddenly, an aunt she's never met dies, leaving Mara as her sole heir. But when Mara moves into her inherited home, she discovers Aunt Tillie never moved out. She's still one pissed-off old lady, even post-mortem, and she blames Mara's magical meddling for her death.

When Mara accidentally releases a demon and awakens the spirit of the most powerful witch in history, Tillie's ready to kill her -- literally. It's the only way she can think of to save the girl from herself. The witch and the demon, however, have other plans for Mara's body!