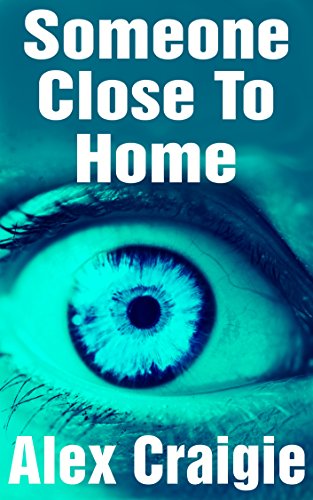 Someone Close To Home

Megan's comfortable life is a facade. When the father she worships becomes involved with someone else it starts a chain of events that leads to tragedy.
Megan’s is supported by her first love. They thought themselves inseparable. But Megan's ambitious mother, distorting the truth for her own ends, pushes her into a relationship that is to have devastating consequences.

To an outsider, Megan appeared to have a model childhood. Her parents were a story-book couple in a blissful marriage, cherishing Megan as she grew up in a comfortable, middle class home. Her mother proudly encouraged her daughter to display her growing talent at the piano during her frequent coffee mornings, where all agreed that she was a girl with a future.

Behind closed doors the reality was very different. Her father, whom she worshiped, had become involved with someone else, and her mother's resulting malicious attempts to manipulate events resulted in a family tragedy.

It was circumstance that separated Megan from her first true love. They'd known each other since they were children together, and thought themselves inseparable. But then Megan's domineering and ambitious mother, distorting the truth for her own ends and with no care for her daughter's happiness, stepped in to control and irretrievably alter Megan's life, pushing her into a relationship that was to have devastating consequences.

Now trapped in her own body and only able to move her eyes, at the mercy of a carer poisoned by hatred, Megan's story is told against a developing and deadly situation from which she has no means of escape.