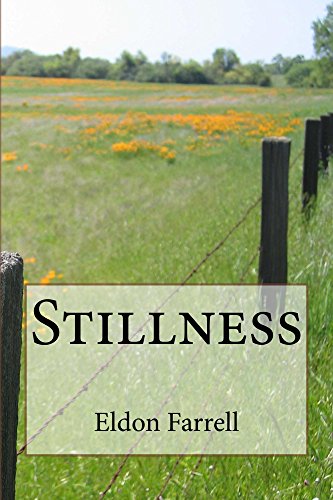 If the plague doesn’t kill you, the secrets will.
Rumors of bioterrorism in Stillness are rampant but Dr. Lynne Bosworth isn’t convinced. She believes the answer to the outbreak lies in the forgotten past and will risk her career with the CDC to prove it.

When people start to succumb to a virulent strain of plague in the seemingly idyllic hamlet of Stillness, the CDC is called in to investigate. Pulled from her training with the Epidemic Intelligence Service, Dr. Lynne Bosworth is tapped to head the investigation.

Many questions surround the outbreak, not the least of which is how did plague find its way to the heartland of America? Determined to find the answers and her own way out of the long shadow cast by her father, Lynne embarks for Iowa. Unable to isolate an index case of bubonic plague, patient zero is traced to Nikolai Markov; an old Russian bio warfare scientist.

Rumors of a bioterror attack are rampant.

Under examination, the bacteria present Lynne with many anomalies but few answers. The antibiotic resistance noted in the field is absent in the lab, while a synthetic gene is found that seemingly has no purpose. For her superiors it's enough to deem the outbreak a biological attack, a conclusion that Lynne does not share. For her, something about the whole incident remains…elusive.

In search of evidence to either prove or disprove the bioterror claim, she crosses paths with FBI Special Agent Caleb Fine. Together, they come to believe that something other than a biological attack is going on in Stillness, and that the answer to what may lie in solving the fifteen year old murders of Bobby and Maggie Sullivan.

As the body count rises and the pressure mounts, they delve deeper into the shadowy past of this quiet town; in the process exposing secrets long thought forgotten until finally uncovering the shocking truth behind the cause of the outbreak.