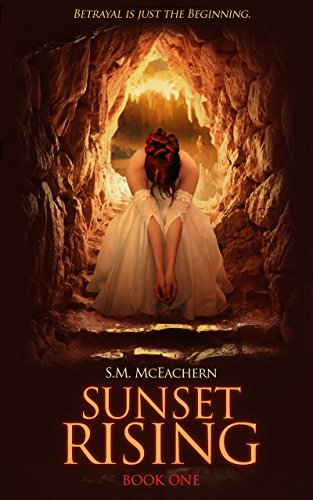 Born a slave inside a secret government biodome, Sunny O’Donnell becomes the victim in a conspiracy that sparks a rebellion. Accused of treason and facing execution, she escapes with a man she considers an enemy and discovers she not only has to work with him to survive, but also lead the revolution.

Desperate to find refuge from the nuclear storm, a group of civilians discover a secret government bio-dome. Greeted by a hail of bullets and told to turn back, the frantic refugees stand their ground. They are grudgingly permitted entry, but the price of admission is high. Two hundred and eighty-three years later…

Life as a slave in the Pit had never been easy, but for seventeen-year-old Sunny O'Donnell it was quickly falling apart. Her mother had been killed in the annual spring Cull, leaving her alone with a father who was no longer interested in living the short time he had left. Not that she blamed him for mourning. Her own heart was aching with overwhelming grief. But if they didn't earn enough credits to keep their place inside the Pit, they would be kicked out into a world still teeming with radiation. That left her to earn the credits for both of them, and it didn't help that her boyfriend, Reyes Crowe, was pressuring her to marry him and abandon her father.

Sunny didn't think life could get any worse until a chance encounter with Leisel Holt, the president's daughter, and her fiancé, Jack Kenner, leaves her accused of treason. Slated for execution, she escapes with a man she considers an enemy and discovers she not only has to work with him to survive, but also to lead the revolution.