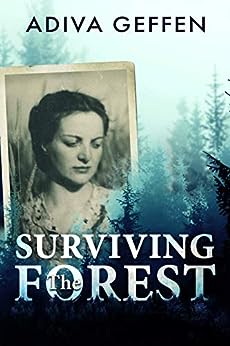 Five shots on Saturday morning changed their fate …
She was a beautiful and happy young woman who lived a fairytale life. Shurka, her beloved husband and their two small children lived in a pretty house in a village in Poland, surrounded by a little garden with lilies. This was their life and nothing could harm it, or so they thought…

WWII broke out and though the happy family thought the Germans would never reach their idyllic village, they quickly understood they were wrong and their happiness came to a brutal end. The family had to flee their house and find shelter in a neighboring Ghetto where they realized that the Gestapo was taking Jews away on trucks every night, and they were never seen again.

The family decided to escape into the deep dark forest. There, surrounded by animals, they knew that this was their only chance to get away from the real beasts. They had no idea what would await them, but they knew that doing nothing was not an option if they wanted to survive.