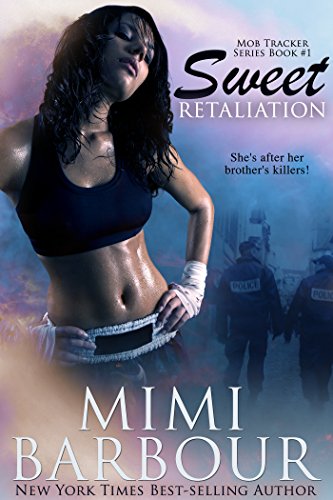 Cass won't rest until her brother's murderers are jailed or dead. She goes after them one at a time with no intention of stopping until she has revenge. Detective McGuire takes a bullet for her and the annoying man believes she’s now his responsibility. He wants her to give up her quest. It ain’t gonna happen…

A virgin librarian with hot-chick potential, the conflicts in her story won't let you put the book down. Be prepared for an all-nighter…

She watches the mob kill her twin and is too frozen with fear to stop them. How can she live with that cowardice eating away at her self-respect? Revenge claws at her sheltered existence until she can't breathe. Though she's naïve, she isn't stupid. When she finds a stash of loot in her brother's gym locker, she has the means.

Now all she needs is the guts to make every one of those low-life gang members pay.

People might think detectives are hard-assed cops with no home life, but Trace McGuire has a dying mom he loves fiercely. Already stressed over his personal problems, he takes a bullet for a virgin beauty hiding while mobsters shoot her brother.
This chick draws out every protective instinct he thought had disintegrated over years on the job and he becomes invested - in her hot body, her plans for retaliation and her fighting spirit.

Helpless, he watches her enter the seedy underworld that'll eat her alive.
Then he sees her fight.
And wonders if they'll survive her.