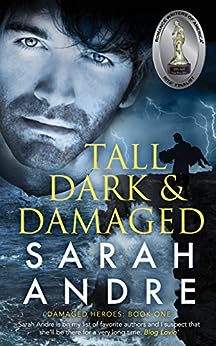 A contemporary romantic suspense with a Victoria Holt Gothic flair about a black sheep son returning to his billionaire father's mansion to make amends. Instead he encounters old hostilities, sibling rivalry and his high school sweetheart whose heart he smashed. 2017 Rita Award finalist for excellence in writing.

His Life Changed in a Heartbeat.

Disinherited as a teen, Devon Ashby returns home twelve years later as a ruthless CEO, brilliant at negotiating deals, but emotionally stunted. In an instant all he’s struggled to build implodes. Amid the turmoil of saving his company from a hostile takeover, his engagement to a business partner’s high-society daughter hits the rocks. Compounding his troubles, he encounters his high school sweetheart, whose heart he smashed. The vulnerability she awakens leaves him at greater risk than all the crises he faces.

Her Dream Job May Get Her Killed.

While restoring art in a billionaire’s private gallery, Hannah Moore is unwittingly drawn into the dysfunctional family’s confidences. When she discovers the rich developer behind her and her sick aunt’s eviction is the family’s black-sheep son—the lover she’s never gotten over—her desire turns to fury. Always one to avoid conflict, Hannah must stand up to Devon and the growing menace of someone who thinks she knows too much.

When a family member is murdered, Devon and Hannah become ensnared in sibling greed, festering jealousy, and a tragic secret that’s divided the family. Amid their reigniting passion they race to expose the killer before they become the next victims in this cat-and-mouse game of survival.