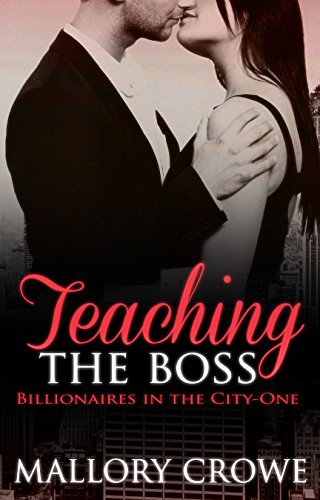 April Morgan is ready to graduate--from business school, from the secretary pool, and from never-gonna-happen fantasies involving Sam Hunt, her hunky billionaire boss. But when April finds herself suddenly without a job, her only hope might be Sam’s worst enemy with a job offer she can't refuse.

Business-school student April Morgan is ready to graduate--from school, from the secretary pool, and from never-gonna-happen fantasies involving Sam Hunt, her hunky billionaire boss. But when Sam's girlfriend of the week pushes her too far, April finds herself quitting on the spot with only a mountain of student loan debt to keep her company. In steps Sam's worst enemy, his father, with a job offer she can't refuse.

Sam was born into privilege, but refused to live life with a silver spoon in his mouth. After a decade of hard work, he's on the verge of taking his business public and proving to his tyrannical family that he can make it without their help. When he finds out that April is working for his father, he knows she's been turned into a pawn in his father's twisted games.

Despite Sam's warnings, April is determined to prove she doesn't need him to make in New York City. But when she finds documents that could lead to Sam losing everything he's worked for, April realizes that she and Sam have to work together to save the empire they've both worked to build.