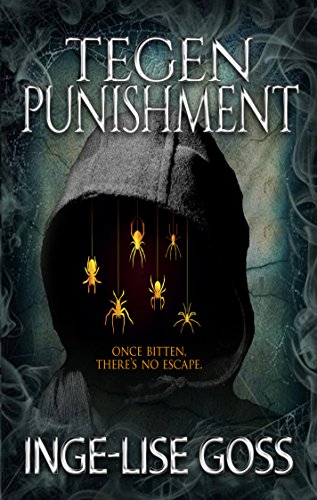 Who will be the next spider victim?
For over two years a treacherous Tegen has evaded capture by enforcers, executing anyone who crosses his path.

Who will be the next spider victim?

For over two years a treacherous Tegen has evaded capture by enforcers, executing anyone who crosses his path.

Newly requisitioned to assist a Tegen enforcer, Sara Jones is on a desperate hunt to stop the renegade who has no regard for human, or spider, life. To penetrate the religious compound he uses as his hideout, she must conceal her true identity. But finding the elusive Tegen is more difficult than she may have imagined, and the compound is far more dangerous than anyone could have known.

When a notorious crime boss shows up in town, Sara enlists his help, but he has his own agenda - one that may advance his criminal enterprise.

As mayhem erupts, she must outwit unsavory zealots and find the killer before her cover is blown. The clock is ticking. Can she bring the fugitive to justice before it's too late? This action-packed fantasy-thriller constantly leaves you on the edge of your seat.