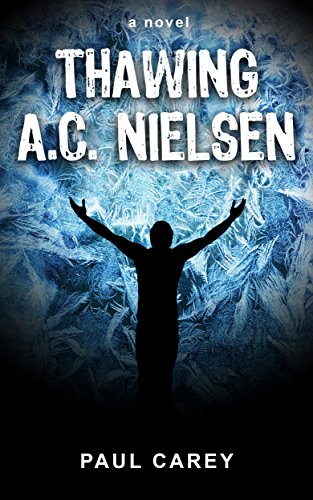 Brilliant young microbiologist and self-professed lab rat Kate Pearson has just landed her dream job, although she worries it might turn into a frozen nightmare. She’s been hired to discover a way to successfully revive people who have been in cryonic deep-freeze stasis for years at the Chicago firm ExitStrategy.

Kate is succeeding Dr. Enzo Saltieri who has died suddenly under strange circumstances. As Kate sifts through mountains of Saltieri’s scribbled-upon legal pads she finds paths that lead nowhere. Was Saltieri on the verge of great discoveries or just sinking into the illogical world of dementia?

Along the way, Kate has to deal with Miles Coleman, a sarcastic idiot savant assistant at the lab who’s hiding his true identity; Gloria Dunham, a famous former Hollywood actress, plus reality show egomaniacs Dimi Konstantos and Khail Santana.

After Kate has some success reviving lab animals frozen in the 1980s her attention turns to the first human subject, famous TV ratings guru A.C. Nielsen, who has been frozen at ExitStrategy for twenty-five years.

Between hidden research files, secret medical procedures, switched identities, drugged drinks, randy Irish folk musicians, and beefy bodyguards—Kate begins to realize that reviving A.C. Nielsen and stumbling upon a major medical discovery may actually be a stroll in the park.