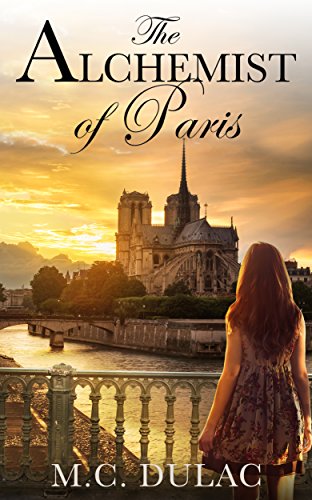 The Alchemist Of Paris

In the heart of modern Paris is an old house, hidden for almost two hundred years. The only clue to what happened there lies in a 19th century diary. When Ellie Forrest opens the door, she discovers not just an ancient secret, but a tale of immortal love, spanning the centuries.

Paris, present day. Research student Ellie Forrest arrives in Paris to find a house for her client, the mysterious Mr. Worth. But the house disappeared from the city records two hundred years before, almost as if someone has been trying to hide it. The only clue to its location lies in a nineteenth-century diary written by a young maid, Elise du Bois.

In 1820, Elise du Bois writes of her arrival in Paris to work for Albert Price, a mysterious scientist and adventurer, who keeps strange hours and shuns daylight. As Elise du Bois crosses the city in search of powders for Price's experiments, she begins to suspect that her master is an alchemist and soon finds herself caught in a dangerous game of greed, betrayal and deceit.

Just when Elise du Bois thinks she has found the truth, she uncovers a world of alluring secrets, wondrous inventions - and immortal love, spanning the centuries. However with all of Paris in pursuit of the famous alchemist, is Elise too late to stop the disaster that is already in motion?

Back in the present day, Ellie Forrest reaches the end of the diary. Is this fantastical tale true? Could the elixir of life and gold really exist? And who exactly is Mr. Worth, the reclusive scientist, who has sent her on this journey?

Moving between the 21st and 19th centuries, 'The Alchemist of Paris' is a story of mystery, adventure and imagination.