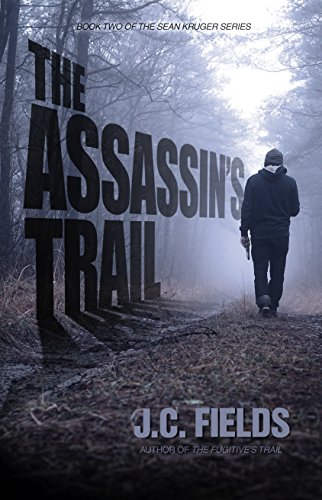 An assassin has struck in Washington, DC. FBI Profiler Sean Kruger is called in to investigate. Recently married and in the twilight of his career, he declines the assignment. But when the assassin strikes close to home, it becomes personal. Kruger will need all his skills to stay alive and stop a deadly attack in the center of the United States.

Two Assassinations That Appear To Be Linked
Homicide Detective Ryan Clark has a problem. A prominent businessman has been assassinated by a drive-by shooting. Two weeks earlier another man, in the same industry, was shot and killed. He suspects the assassinations are related and calls an old friend with the FBI. When FBI profiler Special Agent Sean Kruger arrives at the scene of the second murder, he agrees with Clark but is hesitant to get involved. After twenty-five years with the FBI, he is tired of the bureaucracy and politics of the job. His constant traveling has kept him away from the woman he loves and he is contemplating retiring to start a new life with her.

The Assassin Strikes Close To Home
A week later, while home in Kansas City, the assassin strikes again, this time close to where he lives, making things personal. With the help of JR Diminski, the computer genius from The Fugitive’s Trail, Kruger identifies a suspect and travels to Alabama for the arrest.

When Things Go From Bad To Worse
Politics and micromanaging complicate the situation. Kruger is ordered to wait but disobeys and proceeds with the arrest. When everything goes horribly wrong, he is suspended by the Director of the FBI. Now outside the protection of the agency, he must decide whether to walk away from his career or put his new marriage and life in danger by pursuing the assassin. An assassin whose ultimate goal is an attack in the center of the United States, an attack that will result in more innocent casualties than 9/11.