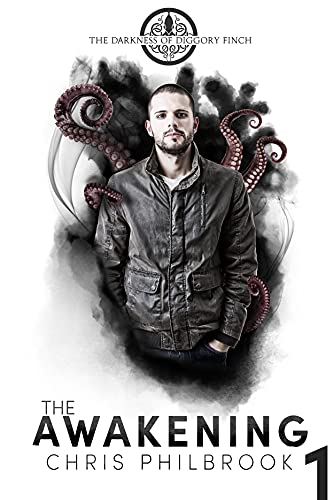 Diggory just inherited a house, a small fortune, an adoring cult, and a whole lot of eldritch horrors that want to devour souls. All the souls. The world too.

Diggory Finch had a mother that didn’t seem to want him, and a father that chose to run from every struggle the family ever had. Same father lied about the family fortune.

But now Grandma Beatrice is gone, and Diggory has inherited Finch Island in Twin Falls, as well as millions of dollars, a house, an old mill building, and the profound, evil darkness that dwells at the center of his family’s heart.

Diggory returns home, happy and comfortable for the first time in a home that’s not going anywhere, and starts the process of opening up a game store on his family’s property. He even meets a young lady that makes him want to stop sabotaging his relationships. Could it be love?

Or will the horror that unfolds undo all he’s ever wanted?

The Finch family is surrounded by people who want something from them. They want the dark power that Diggory has access to. They want the doorway only he can open to remain open forever, and if they have to lock him up so the ancient evil he can access can always flow to them, then so be it.

But for the first time, this Finch isn’t running, and isn’t content to be used to unleash evil on the world.

Can Diggory harness the great darkness within him, and defeat the monsters that feast on the people of Twin Falls, or will he lose control, and put the entire world at risk?