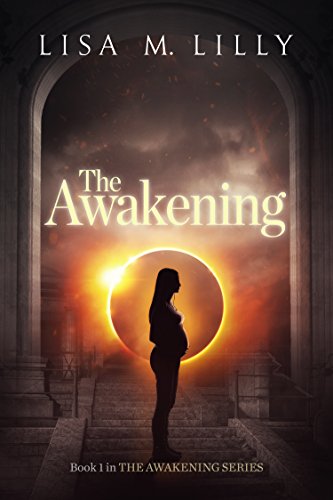 Tara's mysterious pregnancy causes her family and fiancé to turn against her. Only a stranger believes that she's still a virgin. When the powerful cult he belongs to becomes convinced she’ll trigger an Apocalypse, Tara must fight to survive. But is she meant to save the world? Or destroy it….

An inexplicable pregnancy...
Tara folded and unfolded the pink referral slip. Her fingers made sweat marks on the paper. "I can't be pregnant. I haven't had sex."

The Awakening, tells the story of one young woman who finds her life at risk over a phenomenon she cannot understand.

Tara Spencer is at a loss. She recently learned she is pregnant, despite never having had sex. Her fiancé breaks up with her, convinced she cheated on him, her plans for medical school are derailed, and even her parents and best friend doubt her story.

A powerful cult...
Only a stranger, Cyril Woods, claims to believe that Tara is still a virgin. A member of The Brotherhood religious order, Cyril tells her the child is a possible new messiah. But when prenatal tests reveal shocking information, The Brotherhood, fearing Tara will trigger an Apocalypse, becomes her enemy.

As the forces aligned against her close in, Tara fights for her life, seeking a safe place to give birth and the answer to one question:

Are she and her child meant to save the world or destroy it?