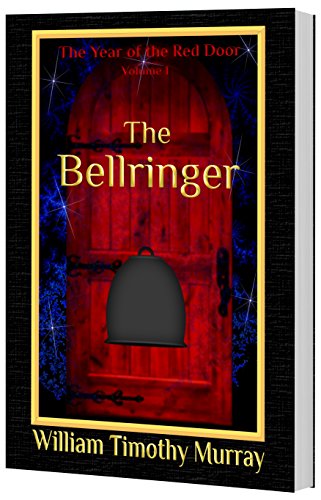 How an young man begins his journey from obscurity to becoming the most powerful king ever to rule the Seven Realms.

For centuries, the Great Bell was silent...

It remained undisturbed, nearly forgotten by history, hidden away in the ruins of an abandoned fortress. The enchantments within its iron slumbered, its secrets protected by silence. Until someone discovered how to ring the Bell, other secrets would remain safe.

One day, while running an errand, a young store clerk took a wrong turn, then another, until he found himself deep within the old fortress where the Great Bell waited.

It waited for him.
And when the hapless clerk rang the Great Bell and released its enchantments, his troubles began.

For he had become The Bellringer.

He claimed it was all an accident, that he did not mean to ring the Bell. Fate, it seemed, thought otherwise, and proof of the Bellringer's destiny began to emerge just as the world spiraled into war. Revolt and treachery worked to break apart the Seven Realms. Armies were on the march. The faraway King, obsessed with his own power, seemed unwilling or unable to prevent the looming catastrophe.

Perhaps a new King was needed...if only someone could penetrate the secret of the King's power and take the throne before it was too late. It was foretold that the person who discovered the True Name of the King would become the next King. But who was capable of such a thing?