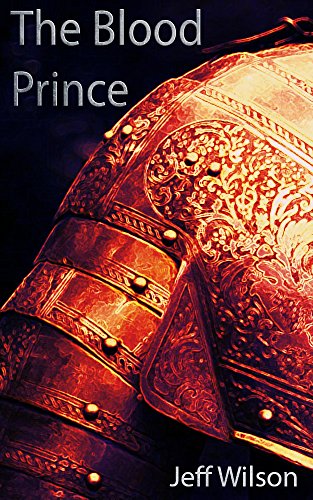 Aisen’s grandfather, Duke Kyreth Edorin, lies in preparation for burial in the family crypts. As the next leader of House Edorin, Aisen must leave his life as a soldier behind, but a betrayal will soon shape him in ways which give rise to his reputation as the feared Blood Prince.

Centuries have passed since the last of the great Sigil Knights, practitioners of lost arts, walked the earth wielding spiritual powers that are now only spoken of as part of myths and legends. Captain Aisen, a military officer in the newly re-founded Sigil Order, is returning home where his life will be altered forever.

His grandfather, Duke Kyreth Edorin, has died, and his body lies in preparation for a burial in the family crypts. As the heir to House Edorin, Aisen will be forced to leave his life as a solider behind and assume the role of the next leader of his house. With help from his younger brother, Beonen, and his allies within the Sigil Corps, Aisen hopes to build relationships with the other noble houses and gain the respect of the people entrusted to his care.

Confronted by betrayal, Aisen will be shaped in ways which will give rise his reputation as the feared Blood Prince, and threaten to throw the nation of Nar Edor into a deadly conflict.