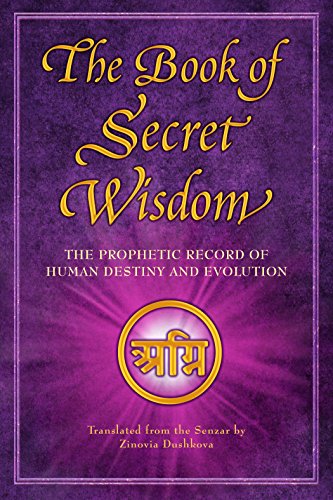 The Book Of Secret Wisdom

Hidden away for long millennia and prophesied to appear in modern times, the oldest sacred text in the world reveals what awaits us all in The Book of Secret Wisdom.

Hidden away for long millennia and prophesied to appear in modern times, the oldest sacred text in the world reveals what awaits us all in The Book of Secret Wisdom.

When the world's attention is anxiously drawn to Syria being in shambles, there is another, but positive event that the famous Bulgarian clairvoyant and prophetess Vanga predicted in 1979 to fulfill in modern times: "The oldest teaching will come into the world. They ask me, 'When will it happen, will it happen soon?' No, it will not happen soon. Syria has not fallen yet..."

The time has come and The Book of Secret Wisdom reveals on its pages an excerpt from the million-year-old manuscript widely known as the Book of Dzyan. This is the oldest teaching in the world that has served as the source of every ancient religion, philosophy, and science. It was originally written in Senzar, a divine language from which the tongues of all peoples throughout the ages originated. The teaching was secretly hidden in the heart of Tibet, being accessible only to a few chosen ones over the entire course of human history, including Gautama Buddha, Jesus Christ, Lao-Tzu, Pythagoras, Plato, Apollonius of Tyana, Paracelsus, Helena Blavatsky, Nicholas and Helena Roerich. In 1995, Dr. Zinovia Dushkova -- an award-winning Russian author and researcher of ancient mysteries -- after three years of severe probations by the guardians of the sacred teaching, gained admittance to the mysterious Book of Dzyan, being allowed to translate the excerpt consisting of twelve stanzas and present it to humanity.