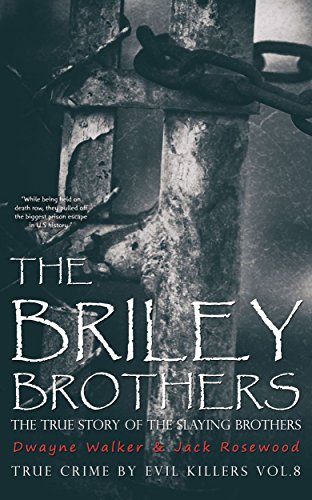 The Briley Brothers: The True Story Of The Slaying Brothers

A True Crime Biography about the Briley Brothers and the horrible crimes they committed during their killing spree in Richmond, Virginia.

Richmond, Virginia: On the morning of October 19, 1979, parolee James Briley stood before a judge and vowed to quit the criminal life. That same day, James met with brothers Linwood, Anthony, and 16-year-old neighbor Duncan Meekins. What they planned—and carried out—would make them American serial-killer legends, and reveal to police investigators a 7-month rampage of rape, robbery, and murder exceeding in brutality already documented cases of psychopaths, sociopaths, and sex criminals.

As reported in this book, the Briley gang were responsible for the killing of 11 people (among these, a 5-year-old boy and his pregnant mother), but possibly as many as 20. Unlike most criminals, however, the Briley gang's break-ins and robberies were purely incidental—mere excuses for rape and vicious thrill-kills. When authorities (aided by plea-bargaining Duncan Meekins) discovered the whole truth, even their tough skins crawled. Nothing in Virginian history approached the depravities, many of which were committed within miles of the Briley home, where single father James Sr. padlocked himself into his bedroom every night.

But this true crime story did not end with the arrests and murder convictions of the Briley gang. Linwood, younger brother James, and 6 other Mecklenburg death-row inmates, hatched an incredible plan of trickery and manipulation—and escaped from the "state-of-the-art" facility on May 31, 1984. The biggest death-row break-out in American history.