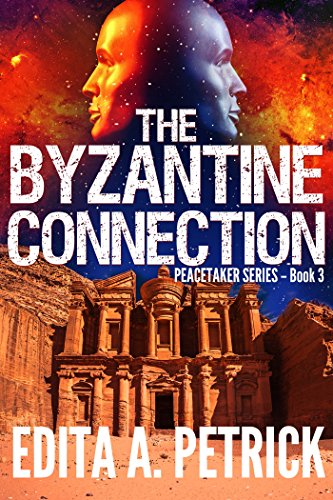 The new world order is about to rule the world. Racing into action it becomes clear for the retired FBI contractor, Carter, and his gregarious partner, the mythology expert, Dr. Stella Hunter, that the past is not over for them, as unsolved mysteries become key in finding the truth about what happened in the Detroit cathedral.

Dr. Stella Hunter and her husband Carter have seen more unbelievable things in their short time together than most couples ever see in a lifetime. The incarnation of ancient myths, beasts of lore, and deadly curses follow them wherever they go, and never seem too far behind the strange happenings that keep occurring.

When Stella is brought in to consult with Father Malvan of St. Hedwig's Church in Detroit, Carter is stunned by a strange occurrence that makes him question the limits of age and the existence of magic. The presence of a mysterious stone statue and the heartbreaking toll it takes on Father Malvan is only the beginning, as the pair begin a dangerous journey to help track down something that used to be a man until he disgraced himself by trafficking a little boy with a curse on his head.

At the crossroads of miracles and curses, Stella and Carter must confront the stunning reality that nothing is ever as it seems...and retribution may not be merely death. Their original plan was to continue gathering material for Stella's next book on texts and treasures in antiquarian bookshops and libraries, but once a mysterious call comes in the middle of the night, research-gathering takes a backseat.

Danger lurks in even the holiest of places, as Stella and Carter once again face the reality of hell on Earth when curses fly and the souls of men hang in the balance.