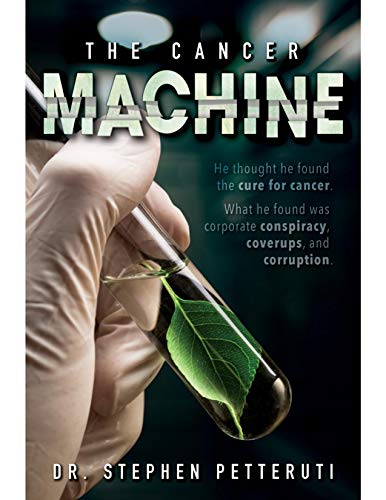 A medical student discovers a cure for cancer, but if he wants to share it with the world, he will have to dodge assassins, corrupt executives, and the long arm of the pharmaceutical industry.

In a story that could be ripped from the headlines, a small group of outcasts discovers the penicillin of cancer. Despite the breakthrough having world-changing repercussions, there are those in power who want to bury it before it ever sees the light of day.

Anton Thresher is used to going against societal norms. He even enrolls in a small Maine college instead of following his family legacy at the prestigious Harvard Medical School.

When the prodigal son, who knows genius comes in all forms, connects with Lisa, a lonely waitress at a local café, the two form an unconventional working relationship. With the help of his skirt-chasing roommate, Todd Freeze, and an arrogant senior resident, DL, Anton discovers the miraculous therapeutic effects of a plant compound in cancer patients. Anton thinks this could be the first step in eradicating cancer but finds that he has trusted the wrong person. Now, the friends have to go on the run from an elite assassin and the sinister agents of a corporate conspiracy.

Dr. Stephen Petteruti channels his own experiences with the medical establishment into a bitterly realistic thriller about corporate avarice and moral failings.