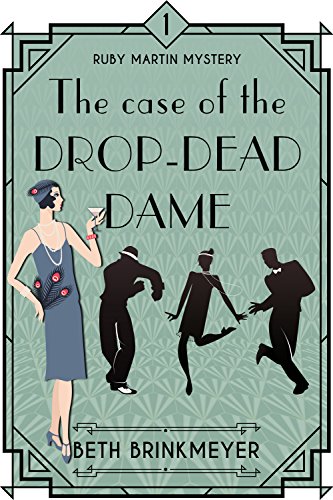 The Case of the Drop-Dead Dame: A Ruby Martin Mystery

Ruby Martin is certain her new life is going to be anything but roaring fun when she moves in with her spinster aunt. But then Ruby meets a flapper and attends a moonshine party that ends in murder.

It's all flappers and jazz until someone loses a life.
1924. Port Vernon, Michigan—

Ruby Martin is certain her new life is going to be anything but roaring fun. She has to move in with her old spinster Aunt Muriel, and wonders if she'll end up old and marriage-less, too.

But then Ruby meets her neighbor, a vivacious flapper, and runs into two handsome potential suitors at a party that would make Jay Gatsby proud. Things seems to be looking up— until the illegal moonshine party ends in disaster.

A rival ends up dead, and Ruby and her new flapper friend know more than they can let on to police in the Prohibition era.

It's now up to Ruby to sort truth from lies among Port Vernon's finest.

Can the young woman outwit a murderer, protect her friends, and get a date?