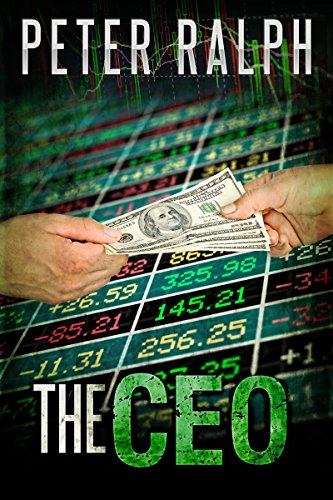 Douglas Aspine always dreamt of being the CEO of a public company. When fate finely deals him the opportunity he's waited for, he is determined to use it, and nothing will stop him: not his chairman, not his wife, not his mistress, and not the death threats. Will his choices prove to be a monumental miscalculation, or will he prevail?

He always knew what he wanted, but he never new what it would take

Douglas Aspine always dreamt of being CEO of a public company, but he was forty-five and running out of time. When fate deals him an unexpected opportunity, will he be able to play his cards right and win the grand prize - or will he loose everything, including his family, his dignity and his life?An irresistible financial thriller

Douglas finds an old, tired and under-performing company, and he's determined to save it no matter whom he must crush along the way. Soon, he finds himself at war with everybody: employees, unions, suppliers and co-directors. But nothing will stop him; not his chairman, not his wife, not his mistress, not the anonymous death threats, and definitely not the press. Just when Aspine starts tasting glory, riches and peer recognition, threat comes lurking around the corner. Will his choices prove to be a miscalculation of monumental proportions, or will he prevail?