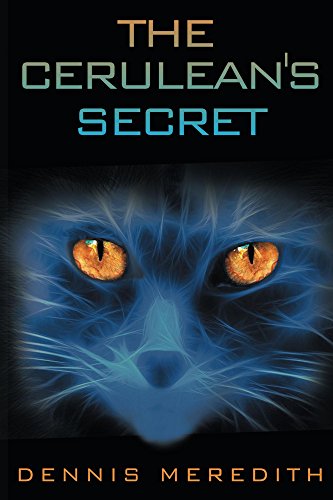 The most beautiful cat in history has been stolen!The Cerulean cat, with its mesmerizing iridescent blue fur, is the ultimate genomic engineering triumph of the high-flying company, Animata.

Somebody has stolen the most beautiful cat in history!

It's 2050, and the Cerulean cat, with its mesmerizing iridescent blue fur, is the ultimate genomic engineering triumph of the high-flying company, Animata.

Animata reaps massive profits creating and selling a marvelous menagerie of animals—including exotic crosses like cogs, dats, snurtles, alliphants, hamakeets, and feather boas. Its ultra-rich clients, however, clamor for the really spectacular specimens—dragons, unicorns. . . and now the Cerulean. The stunning cat had promised to bring billions of dollars from a corporation, a private collector, or an exhibitor.

Swept up in the theft is naïve young Timothy Boatright, a wanna-be writer and New York cabbie. He inadvertently picks up the thief and the nabbed Cerulean. The cops suspect he's a partner in the crime. To prove his innocence and save the cat, he tracks it down and steals it back. He ends up accused not only of catnapping but murder—fleeing the police, Animata thugs, a greedy drug lord. . . and Big Nasties! Somebody has set these 300-pound genetically engineered assassin-animals—with their three-inch fangs, razor claws, and night vision—on Tim's trail.

Tim realizes that the Cerulean holds some explosive mystery he must solve to survive and save the cat. He must also save his friends held for ransom—the middle-aged, cat-loving former spy Callie Lawrence and her headstrong daughter Lulu, with whom Tim has fallen madly in love.