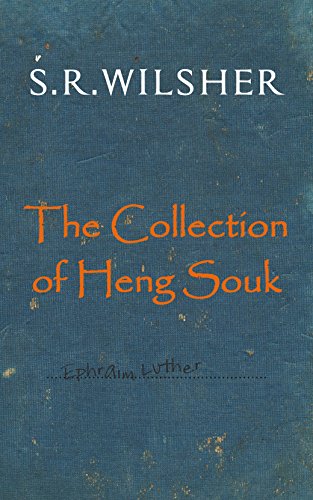 The Collection Of Heng Souk

A Vietnamese woman meets her estranged uncle for the first time, and discovers a journal kept by an US P.O.W. It details the ill-treatment of a sailor by her uncle, and she grows determined to find out what kind of man Heng Souk once was, and has now become.

For many, Heng Souk is a hero, to others he is a criminal. Yet Souk sees himself as neither, merely a man seeking to balance what he once was, with what he now is. When the daughter of his estranged brother arrives, with her comes the possibility of atonement.

Sun has come to tell him of the death of her father, and to give him a package. Her frail uncle is a very different man from family legend. Yet when she discovers the notebook of an American POW, detailing his torturous relationship with his captor, she is startled by what she learns.

Meanwhile, Thomas Allen, still reeling from the death of his daughter, learns that the man he called Dad was not his biological father. The tragically unresolved love story his mother tells him, prompts Thomas to find out why her 'greatest love' never returned to her after the Vietnam War.

His search leads him to the notorious prison 'the Citadel', and to Sun and her uncle. Despite the hostility of her family, Sun and Thomas begin a perilous relationship. Aware that the fate of Thomas' father is revealed in the notebook, she is torn between helping Thomas, and the damaging affect the notebook's revelations will have on all of them.