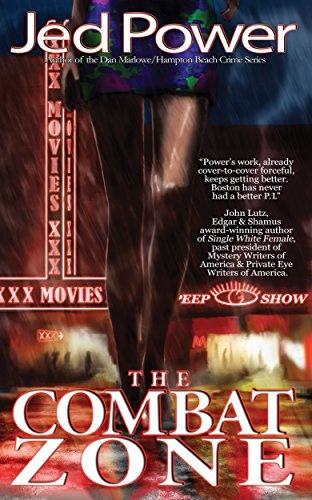 Harvard Square, 1972. Sex. Drugs. Riots.
Mike Malloy, a novice PI, has chosen to hang out his shingle in the Square. One of his first cases—find Susan Worthman, aka Susie Sparkle, a teenage runaway.

With the help of Square denizen and small-time drug dealer Stoney Sundown, Mike begins a nightmare journey that sends him on a roller coaster ride through the turbulent counterculture of the Square—with all its drugs, sex, and political street clashes—and into the darkest depths of the Combat Zone, Boston's notorious red-light district—with all its strip joints, peep shows, dirty bookstores, and assorted other degenerate delights.

Along the way, Mike knocks heads with outlaw bikers, big-time meth dealers, a South Boston Irish gang boss, Mafia thugs, and crooked Cambridge cops. They all want Mike out of their hair, one way or the other. But there's something else just as dangerous to Mike and just as deadly—himself.

Haunted by visions of his experiences in Vietnam, Mike seeks solace in the arms of a beautiful woman—the love of his life. A love who turns on him in the dark, leaving him shaken and bleeding. As if that weren't enough, Mike decides to try the cocaine Stoney offers him, awakening new thoughts and sensations in Mike's already tortured mind.
Thoughts that once out of the vial can never be put back.