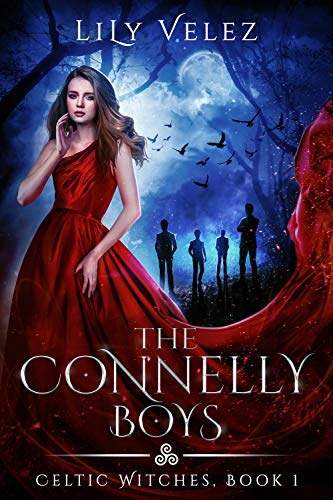 Four cursed brothers. One girl coming into her magic. And a race against time to stop an ancient evil. Fall into an exciting new world filled with witches, magic, mystery, light romance, and Irish folklore and mythology.

The Connelly boys are practically royalty at St. Andrew's Prep. Popular, wealthy, and devastatingly beautiful, the four brothers have long cast a spell over their classmates and over the sleepy seaport town of Rosalyn Bay, Ireland.

There's just one problem: they're also cursed.
...Or so the rumors say.

Seventeen-year-old newcomer Scarlet Monroe has never been one for rumors. But when she inadvertently banishes a demon while trying to help eldest brother Jack Connelly, the most breathtaking of the boys and the one to whom she feels inexplicably drawn, she quickly discovers there may be more to the local superstitions and folklore than she originally thought.

Before long, the Connellys pull her into a dark and mysterious world filled with ancient magic, powerful spells, kidnapped souls, and deadly enemies. But none of it compares to Scarlet discovering the truth of who she really is...or what she'll have to become to defeat a rising evil older than humankind itself before she loses everyone she loves--that is, of course, if she can survive the world of the Connellys long enough.