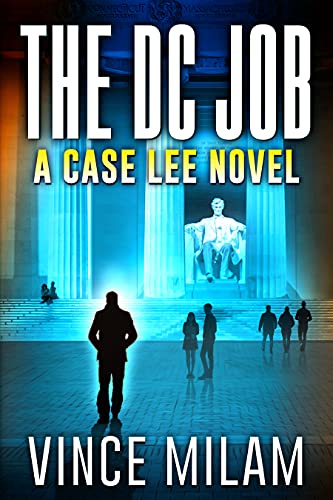 A missing girl. A deadly conspiracy. A fate worse than death.
Spies, lies, and killers emerge from the shadows.
And Case Lee is unleashed into the heart of darkness.

A missing girl. A deadly conspiracy. A fate worse than death.
Spies, lies, and killers emerge from the shadows.
And Case Lee is unleashed into the heart of darkness.

Contracted to find a diplomat’s missing teenage daughter, his gut says there’s more to the story—a feeling supported when DC assassins paint a target on his back. With an eye over his shoulder, the quest starts among the ancient ruins of Petra. Frustration mounts as an enigmatic Bedouin clan reveals a whisper-thin trail about the girl’s disappearance. Back in DC, Case confronts the diplomat, who discloses a deadly conspiracy. Case packages the conspiracy as shadow games for others to play and focuses on the prime mission. Find the girl. But can he leverage the conspiracy to help his search?

Ruthless players continue targeting Case as a threat to their plans. In hot pursuit, they are determined to silence him—and the truth. Relentless, he follows lead after lead as the clock ticks and odds of rescuing the girl fade.

Help arrives from the most unexpected of places, and the trail leads to a nightmare some would consider a fate worse than death. Undaunted and alone, he enters the lethal setting. And introduces his enemies to the world according to Case Lee.