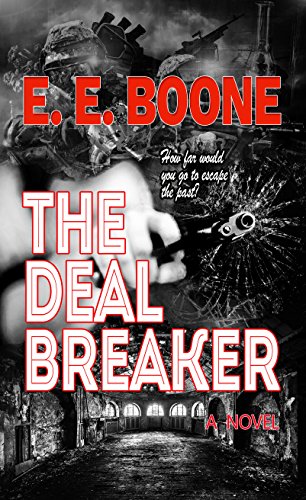 Michael Stanton is an arms dealer with a tragic past that's catching up with him. And fast.
Olivia Miles is an effervescent and high-spirited young woman with a degree in Art History who hasn't figured out what to do with her life yet.
Together they explore the seedy and dangerous world of arms trafficking while trying to avoid getting caught in international power play, corrupt politicians and organized crime as they seek love and redemption.

At the age of five, Michael Stanton watched both his parents being murdered by masked gunmen seeking military documents his father had hidden in the house.

Twenty nine years later, Michael is an arms dealer with anxiety disorder and a barely contained drinking problem. He has just won a big military contract with the DoD worth hundreds of millions of dollars. Almost immediately his broker in Europe goes missing but not before sending him a cryptic email that threatens to derail the whole contract.

That's just the beginning of Michael's troubles. His Eastern European suppliers are trying to sell him obsolete and banned arms while his first military shipment gets seized in Kazakhstan. It seems Michael is caught up in an international power struggle.
Then he learns that his broker has been murdered.

Olivia Miles is a twenty-two-year-old effervescent and high-spirited young woman with a degree in Art History who works as a cashier in a supermarket. As she likes to say often she has no luck with work or men. Her last boyfriend stole her laptop and cellphone charger then dumped her. Now her roommate is leaving the dingy flat they share and Olivia is at her wits' end. She keeps wondering if her paltry pay would keep a roof over her head and groceries in the fridge or would she have to sacrifice the groceries.

When she is offered a job by Michael to travel with him to Europe as his assistant she jumps at the opportunity. It's her dream job. Not only will she go to Europe but she gets paid for it as well. She accepts the job offer without giving much thought to the risks that come attached to it.

Together they explore the seedy and dangerous world of arms trafficking while trying to stay one step ahead of an ex-Rudaj Organization member sent to kill them.

But when Olivia is kidnapped in Budapest and a ransom is demanded, Michael has to choose between Olivia or the contract. If he pays the ransom to save Olivia, he risks losing the contract and possibly his entire business.

What will be Michael's choice? And how many murders does it take for him to finally confront his deepest fears? Does Lume, his driver, an Albanian sworn virgin, have something to do with Olivia's abduction? And why is a Kurdish gunrunner who moonlights as a belly-dancer so interested in obsolete Chinese munitions?