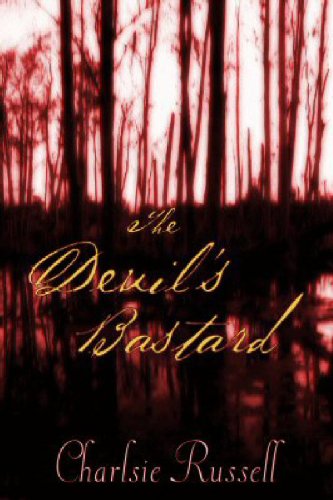 Let Charlsie Russell spirit you away to eighteenth-century Spanish Natchez, where a young nation vies with an old for control of the Old Southwest and a haunted man fights for the love of a beautiful woman, threatened by an unknown evil. Gothic suspense against the savage and passionate backdrop of a region becoming Southern, in a place that would become Mississippi.

Natchez on the river, 1794. The Spanish Fleet controls the Mississippi, and the Dons rule their rowdy British and American subjects with a patient hand. The location is strategic, the land fertile, and within two decades, cotton will be king.

Into this web of international intrigue, the rich and powerful Elizabeth Boswell welcomes her orphaned grandniece Angelique Veilleux and introduces the impoverished beauty to a world of privilege. But power has its enemies and wealth demands a price. Rumor has it Elizabeth's success stems from dalliance with a lustful demon that still prowls her family farm of De Leau outside Natchez.

At the center of this ominous legend is Elizabeth's grandson, the handsome and dangerous Mathias Douglas who saves Angelique from degradation and death near the end of her journey to Natchez. Mathias is the son of the doomed Julianna, Elizabeth's only daughter. Mathias' father, locals whisper, is Elizabeth's demon.

Despite the dark rumors, Angelique cannot quell her feelings for Mathias, for whom she would make any sacrifice. An outcast, Mathias is cruelly tested by the temptation of Angelique's affection. Determined not to dishonor her, he callously puts her aside. But Elizabeth has other plans and offers him the family farm at De Leau to marry the girl. Soon Angelique finds herself desperately in love with the man who has conquered her body and possessed her soul.

But something in the swamps surrounding De Leau stalks her, and nightmares invade her dreams. What she perceives as Mathias' indifference to the threat leaves Angelique isolated and afraid. She begins to doubt her grandaunt's motives for sending her to De Leau, as well as Mathias' role in Elizabeth's plan. Resolving her doubts means uncovering the secret of Mathias' sire.