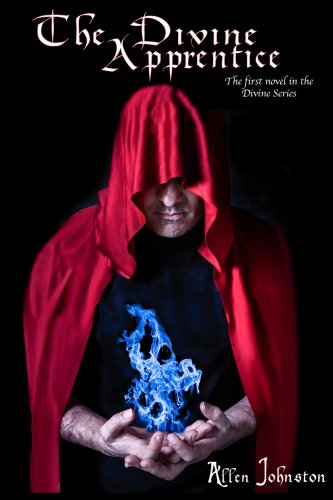 While, struggling to control an ancient power called The Divine, Kade races to stay one step ahead of an unknown force that is killing the Chosen. With a beautiful Essence Guardian and a fearsome dragon at his side, he hopes to discover what is hunting them before it’s too late.

Kade looks up at his executioner with no fear or hate, watching . . .waiting. At six months old, he could hardly do much more as his grandfather agonizes over the task of taking the life of his only grandson.

Born with the rare ability to control the Divine, Kade has the potential to become one of the most powerful Chosen to ever exist. Taken from his parents, at the age of ten, by his grandfather, a Master Chosen, Kade is taught to harness the power of the Divine for good. After a decade of training, Kade learns the harsh reality of the dangerous world he is about to be thrust into, as his Master is brutally murdered right before his eyes. Kade soon realizes he is next.

With the help of a dragon, a species thought to have been a myth, and a feisty Essence Guardian, Kade must discover who - or what - is trying to eradicate his kind, before the Chosen are brought to extinction.