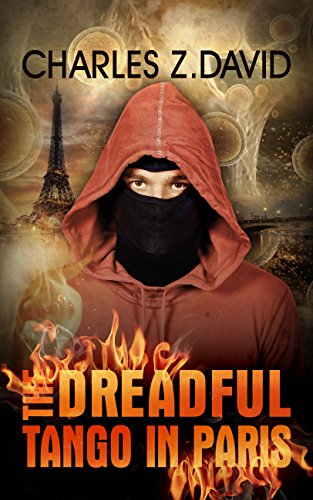 The Dreadful Tango In Paris

An evil French scientist who hates the West seeks to establish a new Islamist world order by causing chaos on the planet. His sinister terrorist organization creates a bacterial agent that kills many in Madrid. Then a Russian airplane crashes for unknown reasons, and people are afraid to fly or go out. Enriched uranium appears in Britain prior to a planned meeting of the Israeli and British prime ministers. Can the Israeli Mossad and the French Foreign Service join to find and stop the terrorist

What happens when a leading professor teams up with the forces of evil?

Le Docteur is a French professor who establishes ties with Al Qaeda and ISIS. He seeks to establish a new Islamist world order by causing chaos on the planet. Out of his fierce hatred of the West, he establishes NEMESIS, a terrorist organization that acts against communists, colonialists, Christians, and Jews. Le Docteur leads conventional and non-conventional terrorist activities throughout Europe, intending to cause international alarm.A series of bizarre terrorist attacks creates general panic.

A mysterious crash of a Russian passenger plane occurred for unexplained reasons. A sinister substance in Madrid turns nonviolent bacteria into pathogenic form, causing injuries and death. People are afraid to fly or even to go out and have a good time, dampening the economy, culture, and political activity and strengthening the extremest right wing. Then enriched uranium from the reactor of an icebreaker ship disappears from Russia and arrives in Britain prior to a planned meeting between the Israeli and British Prime Ministers. Can the Mossad and the French Foreign Service stop the terrorists and save the day?

David Avivi, a senior Mossad official is called in to assist Claire Barthez, a senior French Foreign Service officer in pursuit of the terrorist ring. But can Le Docteur and his associates be found and stopped before they go underground or flee?