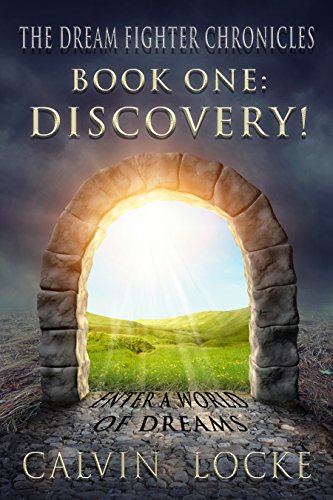 Five children discover they have special powers. They are destined to save the world with these gifts.
First, they must learn how to use them.

Five children discover they have special powers. They are destined to save the world with these gifts.

First, they must learn how to use them.

Five cousins fall asleep in their grandparents' basement and share a dream. In it, they have special powers. Haley can leap across the room, Braden can move objects with his mind, Jack moves at super speed, and Jillian can make anything she wants appear before her eyes. What they don't know is they come from a long line of legendary warriors, Dream Fighters, and it is now their turn to join the fight.

Led by their uncle, they learn of a centuries old order of people with special abilities just like their own. In order to protect the real world, they must stop an invasion by the evil Sarlak and his army of Gorgons. With only their uncle, himself trapped in Jillian's doll, as a guide, they must master their newfound powers and stop this attack before it starts.

Along the way, they will discover their specific powers and understand how to use them, as well as control their fear and learn to work together, even when they really don't want to. Only hours before they were just normal kids playing video games in the basement. Now they wield the same powers they used in those games, only there are no save points or restarts. This time, everything counts and there are no second chances.