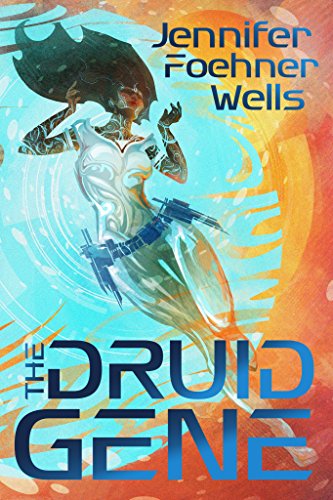 Abducted. Forced to fight. Darcy has a 10,000 year old secret buried in her genetic code.
It's the most dangerous game in the galaxy. Winning means freedom. Losing means death. The druid gene makes her a target, but it may also save her.

Abducted. Forced to fight against her will. Darcy has a 10,000 year old secret buried in her genetic code. The Druid Gene makes her a target, but it may also save her.

As a second year medical student, Darcy's life revolves around classes, studying, and her boyfriend Adam—until she treks through the desert, touches some mysterious stacked stones, and a network of glowing blue lines radiates under her skin.

Then she saw the spaceship. And it was coming for her.

She faces impossibly bad choices and a missing boyfriend.

Darcy struggles to accept her heritage and master her newfound powers as she navigates deception, betrayal, and mortal danger in order to prevail in the galaxy's most dangerous game—and survive to save Adam.