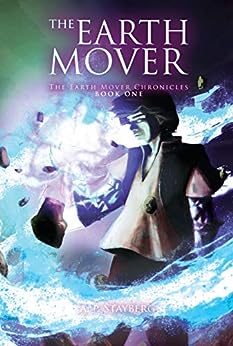 War strangles the life out of the realm. A ruthless enemy thirsts for human genocide. A young man, born of a dead city, learns the mystical ways of his adoptive kin, praying he can tilt the scales in humanity’s favor.

A cruel Immortal wages war against humanity. His endgame—genocide.

Dego, child of a dead village, rescued as an infant by an elder of the mystical Earth Mover clan. Books and studies fill his days for sixteen years, isolating him from the outside world. In a fit of angst, he runs away from home and witnesses the horror of the Immortal’s followers. This forces Dego into the war. To aid in this quest, Dego’s father breaks an ancient covenant to impart on him the secrets of the Earth Mover’s immense powers.

Shaemalyn, daughter of a slain king, lives under enemy rule. Her people hone the steel for the Immortal’s legions day and night. Sick of seeing her kin suffer, she forms an underground resistance to overthrow their oppressors and restore glory to her father’s kingdom.

Blessed with heightened abilities that no human has ever achieved, Dego thrusts himself into the rank of humanity’s last chance alongside Shaemalyn to thwart the armies of the enemy and stave off the annihilation of their native kind.