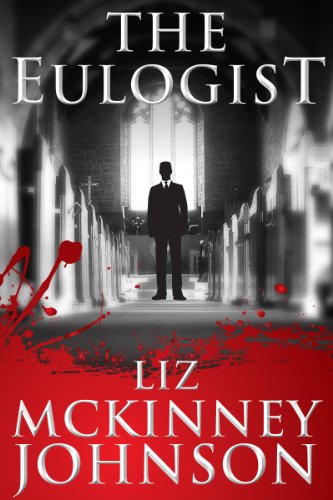 Charlie Sanders has a peculiar hobby of delivering eulogies for complete strangers. His seemingly innocent hobby puts his life in danger after delivering a counterfeit tribute that entangles him in a conspiracy of money, drugs and murder.

Charlie Sandors is a peculiar young man with an even more peculiar hobby of attending funerals and delivering eulogies for people he does not know. Charlie doesn't see anything inherently wrong with his hobby as make-believe mourner. He enjoys creating a new character for each situation. He likes being a part of the crowd of grieving souls: always accepted, no questions asked. That is until a particularly well-delivered counterfeit tribute entangles Charlie in a dangerous conspiracy of money, drugs and murder in the name of medical miracles. It could be worse.

Charlie could be falling in love with a beautiful woman who believes he's a successful writer about to immortalize her beloved dead husband in what's surely to be an award-wining best seller. Trapped in a make-believe world of his own bizarre creation, Charlie finds the longer the charade continues, the harder it is to turn away, and the easier it is for him to become a target of murder.

Charlie was orphaned at nine when a house fire claimed his entire immediate and extended family. Maybe that's when he became obsessed with death, secretly craving the attention and fame he had so fleetingly as the once-famous surviving child. Maybe he'll mow down all his co-workers one day, then turn the gun on himself while neighbors comment on what a quiet guy he was. But maybe Charlie simply craves the acceptance and closure that comes with funerals—something he was denied when his own family perished.

It doesn't hurt that, in addition to his day job as a freelance insurance fraud investigator, Charlie has a tidy second income as a house sitter . . . since trustworthy souls with no commitments are hard to find. This provides him with a steady stream of new surroundings to help augment his ever-changing funeral characters. It's the perfect combination of zero attachments and wide-open possibilities. He has superior technology skills and access to resources beyond the normal person, and a chameleon-like ability to adapt to any environment. And really, given the choice, would you be true to yourself or to the best self you could create?