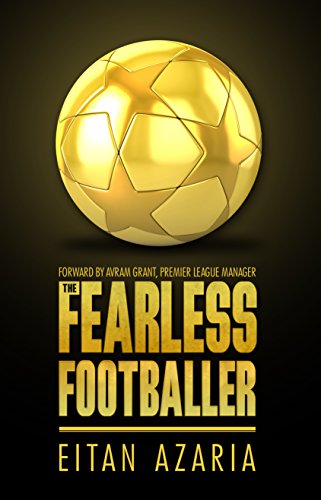 This book will provide practical tools for anyone performing in a competitive environments, with the goal of winning under pressure. so, Whether you are a Football player, a coach, an athlete, or a business owner, who wants to reach his highest potential, and take his game to the next level, this is the right place for you to start.

Even in a stadium bursting with 50,000 spectators, you tell yourself, "This is so great "" this is my day for showing what I'm worth"The book that will take you by the hand and show you how to play without hesitation!

As a young football player, Eitan, searched for ways and methods to overcome the mental blocks he experienced, such as lack of confidence, fear of failure, performance anxiety, and differences between the ability he showed during games compared that he showed during practice. This led him on a personal journey, during which he studied almost every possible method used to fulfill potential. He made many mistakes, discovered what works and what does not. In the end, he packed all his knowledge into a practical, easy-to-read guide that enables every football player to show the same ability during games as they show so easily during practice.

This book will teach you step-by-step how to develop the confidence needed by competitive football players who aspire to succeed in football and to fulfill their dreams.˃˃˃ What will this book do for you?

This book will show you how to easily overcome the fears, concerns and pressure that are preventing you from playing a relaxed game "" and how you can show the true abilities that you have and that are waiting to come out.

You will learn how to develop the character and personality of a fearless player! (...that player who performs special moves on the field that you too, can do well).

You will learn how to become "that football player" who loves to receive the ball during the most critical minutes of the game! "That player" who believes themselves to be the best player at that moment to receive the ball and to have an impact on the game!˃˃˃ After reading this book, you will be able to forget that you ever had fears or concerns such as:

...and another 10 common fears