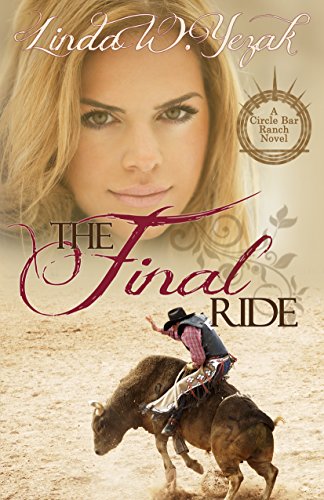 After the last bull sent him to the ER, Talon Carlson told Patricia Talbert he'd give up riding for good. But now, with so much at stake, he must break his word. God says love bears all things. Will it bear the weight of a broken promise?

With her duties for her best friend's wedding finally behind her, Patricia Talbert looks forward to discovering what "normal" will look like at her new home in Texas. She owns a ranch now, is in love with its foreman, and is ready to assume her duties. Discovering what those duties entail isn't an easy feat for a displaced socialite from Manhattan.

But when her aunt Adele arrives on a mission to bring her back to New York by hook or by crook, Patricia's primary duty is to deflect the bumbling and bullish attempts-until one of Adele's tricks takes her by surprise.

All of Talon Carlson's dreams for the Circle Bar Ranch are coming true, along with another dream he never expected to be fulfilled-a chance to love again. Patricia is everything he ever wanted and more, but he made a promise to her not to ride bulls again, a promise he may have to break.

His desire for a better end to his riding career is intensified by vicious rumors about why he quit. If he rides again, he may provide the ammunition Adele needs to make Patricia leave. If he doesn't, he'll prove the gossips right.

Patricia or Talon. Which one will take The Final Ride?