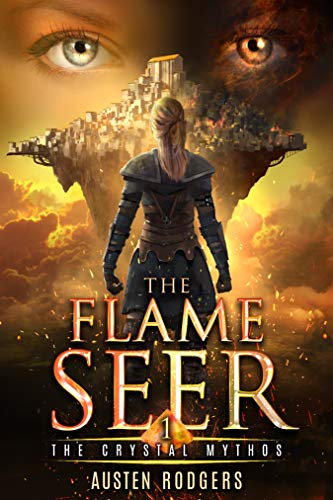 Angela's heaven is starting to look a lot like hell.
Blazing fires are raging through her city. Her commanding officers say they aren't real, but if that were true, why do the flames hurt?
She swears, something is wrong with her soul, but the hunt has begun. To survive, Angela must fix her soul and reclaim her identity—or burn.

Angela has lost hope. After nearly dying to the fiery grip of a Dalkhu, its terrifying flames have followed her home.

Being a soldier for her city of light, she's heard the legends before. When the Anchor Crystal broke and the world fragmented into three realms, aetherical energy separated and settled into every soul. This spiritual polarity creates the terrible effect known as the soul-flame. To the eye, it rages and consumes all. To the touch, it burns. But Angela has never seen it engulf her husband Michael before.

Distraught and haunted by visions of blazing fires, she’s trying to recover from her near-death experience but something is wrong with her soul. Michael and her commanding officers think she’s losing her mind until they see the flames spread across her skin. They declare her soul is tainted, and the hunt to put her down begins. To survive and set things right, Angela must track down the Dalkhu who touched her and reclaim her identity—or burn.