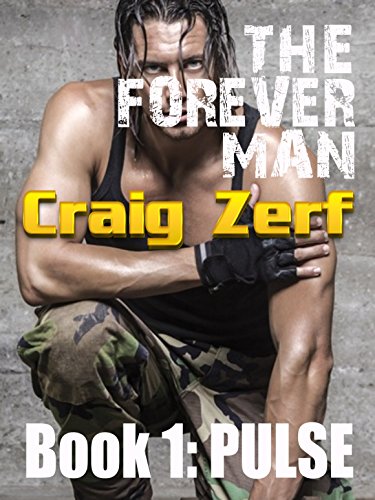 A series of solar flares stopped the heart of our modern world, returning us to the DARK AGES. Now ‘they’ have appeared through a gateway in space. Orcs, goblins and their leaders – the Fair Folk. Are they here to help, or to conquer?

The world, as we know it, has ended.
One man stands resolute. A man who has been trained in the savage arts of war. A man who lives his life according to a creed. A simple man who wants none of the power thrust upon him. This man is Marine Sergeant Nathaniel Hogan, seconded to the American Embassy in London and, although he does not know it, he is - The Forever Man.

And Nathaniel finds that he has been changed by the huge amounts of Gamma radiation in the solar flares. They have enhanced his natural abilities, giving him increased speed, strength and healing. Indefinitely extended his life span and enabling him to be able to draw on the power of the solar flares to create magik.

But even The Forever Man was not prepared for what happened next, as the ongoing flares tore a hole in time and space, creating a gateway through which 'they' appeared. From the realms of fantasy came the orcs, the goblins and, leading them all - the Fair Folk.

Were they here to help - or to conquer?