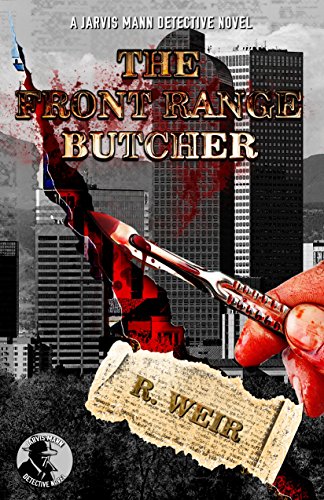 PI Jarvis Mann is back in his most dangerous case yet!
Twenty-two years ago, the slayings began...
Gruesome in nature, the victims nearly all female
The killer terrorizing the residents of Colorado’s biggest cities
Until one day the murders stopped…
Now, two decades later, the urge to kill has returned

Twenty-two years ago, the slayings began…A new body nearly every month—front page news for all to read.Gruesome in nature, the victims nearly all female The killer terrorizing the residents of Colorado's biggest cities.Until one day the murders stopped…No one knew who he was, his motive for slaughtering them……and why the itch to kill suddenly ended.

Now, more than two decades later, the urge has resurfaced.Carved remains of loved ones left to be found, lives of families ruined……the slayings echoing an all too familiar case from a past once forgotten Has the killer resurfaced again?How many more will brutally suffer the same horrendous fate?

Hired to find the serial killer, private detective Jarvis Mann digs deep Fighting FBI resistance, with life threatening danger lurking around every corner His cunning leads to a man he must match wits with……a man the FBI can't touch!Cold and calculated, intelligent and coy, the man, wheelchair bound……holds the answers and the secrets.For he is the only one who could be the evil manifestation of……The Front Range Butcher.