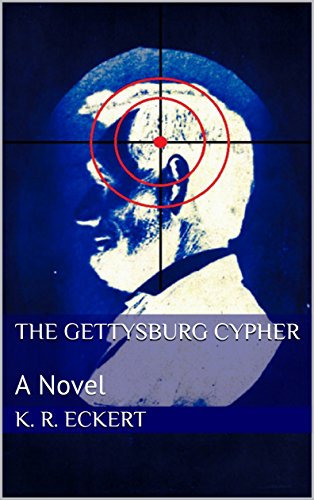 July 1863: Moments before his death, a rebel spy hides a coded message in a Bible
July 2016: After a mysterious kidnapping, the history hunters, Paul Davenport and Sara Walsh are called in to find the Bible, decipher the code and uncover a startling buried secret.

On July 3, 1863, as the epic Battle of Gettysburg comes to a close, a rebel spy enters the Union Army's camp, only to be killed my his own army's cannon fire. Before he dies, he passes a coded message, hidden in a book, to an innocent accomplice: The kindly Reverend who tends to him in his hour of death.

One hundred and fifty years later, family members of a powerful Vatican Priest are kidnapped for a strange ransom: A tattered Bible, unseen since the days of the Civil War.

Desperate and alone, the Priest turns to The History Hunters, Paul Davenport and Sara Walsh, to save his family. In their search, Davenport and Walsh travel from a crime scene in Boston, to a Civil War reenactment in Gettysburg, and finally to a forgotten town in North Carolina, where they encounter the Brigade, a group that once tried to assassinate Abraham Lincoln. Once thought to have been destroyed, the Brigade has survived 15 decades of history, and is now led by the Colonel, a man who will not rest until the South is declared the winner of the Civil War.