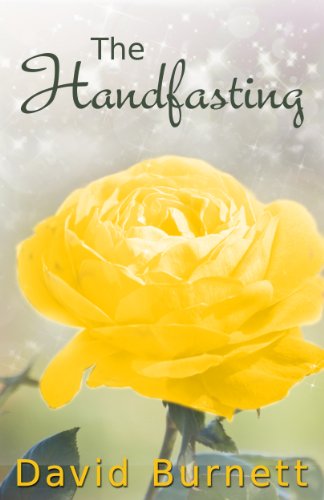 When Katie and Steven fall in love and plan to marry, Bill decides to stake his claim and becomes violent. Confused and humiliated, Katie is certain no decent man will have her, and Bill’s proposal seems her only option. What will she risk to marry the man she truly loves?

It had been a decade since Katie had seen Steven.

They had fallen in love one summer while traveling in Europe. Years of school lay ahead for them both - college, grad school, med school - and they could not be married then. Before they went their separate ways, though, they joined hands in the ruins of the old Scottish abbey, pledging their love to each other.

Steven had promised he would find her, and for ten years, Katie hoped and prayed he would. As that tenth year passes, though, she began to lose hope. Then, on her birthday, a vase of roses appears at her door, Steven's invitation to dinner tucked in among the flowers. She finds him to be just as she remembered and as they begin to date, they fall in love again.

But Steven is not her only suitor. Bill had dated Katie briefly when they were in high school, and for years he has assumed that one day she would be his. He tells everyone of his intention to wed her, everyone except Katie. She is always polite when she sees him but she rejects all of his attempts to impress her.

When Katie plans to marry Steven, Bill finally realizes that he must tell her of his intentions and formally stake his claim. When she refuses to pay him attention, his courtship becomes violent. Confused and humiliated, Katie allows him to convince her that no decent man will have her, now. His proposal − a loveless marriage of convenience to a man she despises - seems to be her only option until an encounter in a hospital emergency room causes her to consider what she might risk to be with Steven, the man she truly loves.