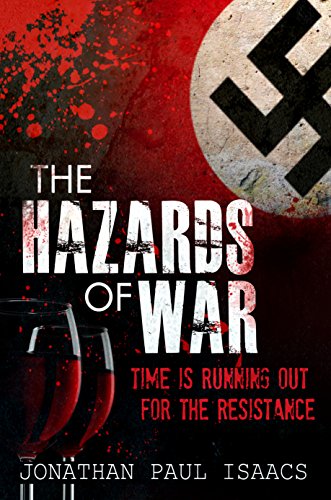 The Hazards Of War

A remote winery. A dead German. A lethal secret.
Young Gabrielle Conti must save her family from a brutal murder investigation at the hands of a Nazi patrol. But doing so could spell the end of the French Resistance…

A remote winery. A dead German. A lethal secret.

The year is 1942. Hitler's war machine has decimated the Allies and thrown the British back across the Channel. With their prospects of freedom dwindling by the day, the people of Europe are learning the terror of living under the Third Reich.

For Gabrielle Conti, a young French girl working at her family's winery, it all seemed so distant and surreal. Surely such events couldn't impact her simple life in the French countryside?

That was before the body of an SS officer was found in the basement.

When her family becomes the subject of a brutal murder investigation, Gabrielle must match wits with SS Captain Hans Tiedemann, a veteran of the Russian Front who is hell-bent on singling out the killer. Gabrielle hopes if she can fool Tiedemann into thinking he is making progress, she might just buy enough time for her family to escape.

But that will be no easy task. For as the Germans gather their clues, Gabrielle starts to learn more about her family's true involvement in the war--and saving them could spell the end of the French Resistance.