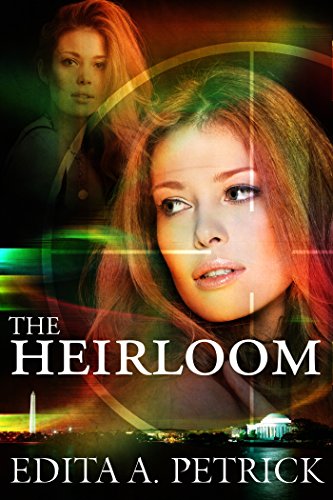 What if you had the answer for the looming global energy crisis but it was stolen on the eve of its debut, in an ambush in the Adirondacks, leaving all pioneer scientists dead? What if the only link to the assassin was a young woman, already “killed” once by the hit-man, and now hidden on the coast in an FBI safe house? And what if the young woman’s connection to the killer was a 400 year-old gold locket, worn by her Salem-Witch ancestor, during her September 1692 execution?

Sometimes, what we hunt can capture us.

When CIA Agent, Ted Bester, meets a woman who was publicly buried as an assassin's victim, he's understandably skeptical of her far-fetched explanation. She expects him to believe she's tied to the assassin's mind through a four hundred year old locket with an ancient curse on it. And she's alive because the spell has protected her.

It takes meeting a presence he can't explain to convince Bester Amelia might be telling the truth. And if she's right, Bester has a lot more to be worried about than a curse. The unorthodox link between Amelia and the killer shows that he takes inordinate pride in his perfect kill record, and Bester knows that it's only a matter of days before the killer learns that he has made a mistake. Then he'll return to finish the job.

Agency protocol dictates that Amelia should be used as bait to draw him in. Ordinarily, Bester wouldn't have a problem with such a ruthless approach. This time it's the last thing he wants to do, and hesitation could end up killing a lot more people than just the beautiful woman he's drawn to.