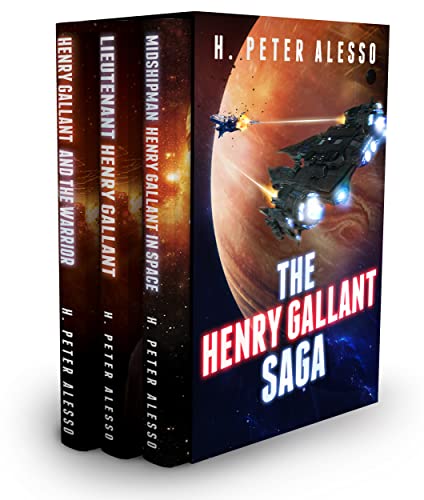 As the last starfighter in Squadron 111, only Midshipman Henry Gallant can stop the alien invasion.
Book 2: 'Lieutenant Henry Gallant'
Book 3: 'Henry Gallant and the Warrior'
For Fans of Honor Harrington and Horatio Hornblower

As the last starfighter in Squadron 111, only Midshipman Henry Gallant can stop the alien invasion.

With the United Planets fleet on the verge of annihilation, Gallant can expect no help as he passes threatening aliens. With so much uncertainty about the aliens, analyzing the captured equipment in his possession is critical.

The fate of Earth could rest on the abilities of Midshipman Henry Gallant. Unfortunately, it is his abilities that are much in doubt.

In an era of genetic engineering, he is the only Natural left in the fleet. His shipmates have all expressed concern that he will not be up to the challenge.

Only bright and attractive junior officer Kelsey Mitchel has shown any sympathy for him. Now as his navigator on the last starfighter in Squadron 111, her life, as well as a good many others, depend on Henry Gallant.

Follow the career of a young officer in the 22nd Century genetically engineered space navy.

Book 3: 'Henry Gallant and the Warrior'