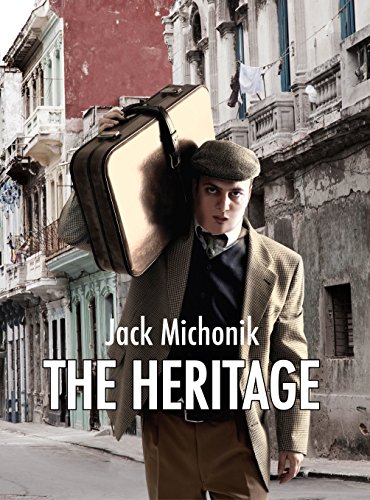 At the wake of the 20th Century, Jewish families left Europe in search of a better life in the New World. Leib Edri and Chaim Lubinsky land in South America, take a role in the incipient Jewish community, marry and create a new life for themselves.

They just wanted a better life
In the wake of events in the 1900’s, thousands of Jewish families left Europe in search of a better life in the New World. Most reached the shores of the United States, but some, like Leib Edri and Chaim Lubinsky, landed in South America, "where the subtle scent of this mingling of violence, laziness, revelry and gaiety hovers in the air."

They fought as hard as they could to get ahead in the new world
Leib and Chaim arrive in the town of Lárida, where there are hardly any Jews, and set up shop. They work hard, change their names to León and Jaime, take a leading role in the incipient Jewish community and create a new life for themselves while prospering, marrying and having children.

Will their roots and identity survive in the midst of an overwhelming foreign environment?
Surrounded by a Christian world and the culture of Latin America, the sons of the immigrants are unable to withstand the forces of assimilation that sweep them towards their disintegration as Jews.

The scope of the book goes beyond the story of the characters. Transcending the plot is the story of the birth of a Jewish community in a South American town. Lárida is "a bustling city of more than a million inhabitants" that the fact-checking reader won't find in the map, but yet, a city whose Jewish community sprang up in much the same way as those of Caracas, Lima or Bogotá.