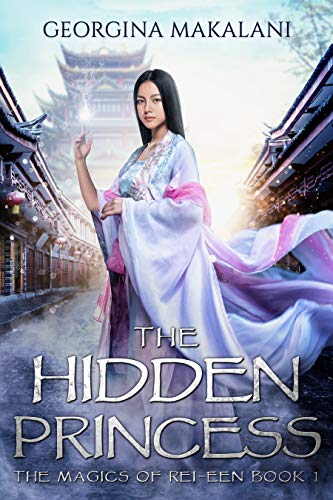 In a world where magic means instant death, Lis has hidden herself away. Summoned to the heart of the Empire, she learns that there is more to magic than she ever knew. And if the magic hunters discover her, it will mean more than her death.

In the Empire of Rei-Een, tradition is everything and magic means death.

Lis has spent her life hidden away from the hunters of the Empire. Her father was instrumental in removing magic from the Empire and knows just how dangerous the world is for her. But when the crown prince dies, Lis’s magic is at risk of discovery.
With his brother’s murder, the new crown prince is concerned with far more than the woman to be hidden away as his bride. Magic has found its way back and he is determined to stamp it out before anyone else dies.

When Lis is summoned for the Choosing of the Hidden Princess, she soon discovers not all magics are the same. Some seek revenge for a war that ended a lifetime ago, amidst whispers and visions of a different future for Rei-Een. But who can she trust?

The Empire’s greatest hunter is never far from her side, and what will he do if he discovers the truth? Everyone thinks Lis can help them in some way, but all she wants is to return to her little island home. If she remains in the heart of the Empire of Rei-Een, there is far more at risk than her life.