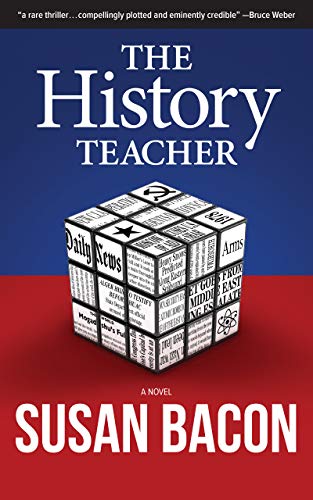 In the wake of a baffling double murder, a Columbia University professor is drawn into an intrigue that harks back to the beginnings of the Cold War—and forced to confront the truth about her family and history as we know it.

HOW DO YOU KNOW WHAT YOU KNOW IS TRUE?

During the blizzard of 1978, a woman is discovered face down at the edge of her Delaware estate, a boxer, half-dead, by her side. Nearby, in a deep ravine, a CIA officer lies buried under two feet of snow. Their secret meeting—sabotaged.

When Emma Quinn gets a call in her Manhattan apartment—your grandmother, out walking her dog, found dead in the snow—she has no reason to suspect foul play. A history professor at Columbia and the sole heir to the Quinn fortune, she heads down to Delaware, where her grandmother's death has triggered a series of unsettling events—a break-in at the estate, an unexpected visit from the CIA and the discovery of a disturbing collection of news clippings in an upstairs study—about hijackings, bombings and acts of terror. Back in Manhattan, Emma is being followed by a mysterious stranger. Her distress grows when she meets a well-known historian, a Scotsman and Sovietologist named Angus McLearan, who accuses her late grandfather of wrongdoing during the 1930s and '40s.

Determined to clear her grandfather's name and to understand her grandmother's fate, Emma forms an uneasy alliance with McLearan. Together, they head deeper into an intrigue that harks back to the beginnings of the Cold War and the early days of the intelligence community. As Emma's research and the CIA's investigation into the death of their agent begin to intersect, she no longer knows who or what to believe. And it soon becomes apparent that this isn't just about something that happened in the 1940s. It's about an operation that is still in play in 1978, one that puts Emma—and the broader world—at risk. When a discovery leads her to her family's remote Adirondack cabin, the stranger follows. There, Emma is forced to confront the truth—about her family and about history as we know it.