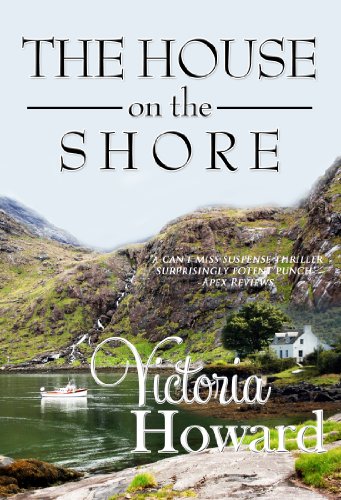 The House On The Shore

Anna MacDonald leaves Edinburgh to find peace in her late grandmother’s cottage, where she can finally write the novel that has burned inside her for years. But mysterious accidents and unexplained events mean that her peace is short-lived.

When Anna MacDonald leaves Edinburgh to find peace in the Scottish Highlands, she gets a twofold surprise: a lost sailor teaches her to love again…while a mysterious stranger has plans to kill her.

Passed over for promotion by her boss—and boyfriend, Anna walks off the job in anger. But being reactionary has its price. Now she can no longer afford the rent on her Edinburgh apartment. So she retreats to the only place she has ever felt happy - her grandmother's croft on the edge of a Highland loch. With no phone or neighbours, and only two border collies for company, Anna sets out to finally achieve her lifelong dream; to write—and sell—the novel that has burned within her for years.

Luke Tallantyre, a renowned Cape Cod artist, has sailed across the Atlantic to escape an artistic dry spell—and come to terms with his dangerous past. When his yacht develops a problem he drops anchor in Loch Hourn. He rows ashore, and knocking on the door of the croft, asks to use the telephone, but the reception he receives is less than welcoming - in fact it's downright frosty.

Anna resents the cranky American's intrusion to her seemingly idyllic life. Luke thinks she's an ill-mannered hermit. But an unseen assassin is after one of them. So they unwillingly join forces and embark on an adventure neither ever imagined…including a chance at true love.