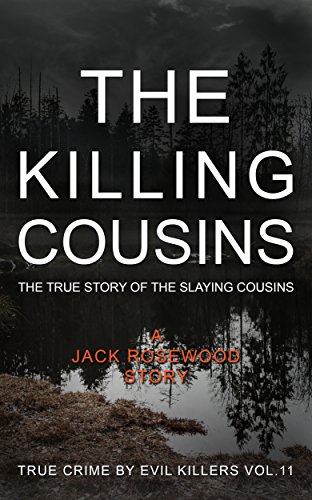 The Killing Cousins: The True Story Of The Slaying Cousins

This is a True Crime biography about two cousins who had the same hobby... killing.

When Killing Cousins David Alan Gore and Fred Waterfield realized as teens that they shared the same sick, twisted sex fantasies of raping helpless, bound women who were completely at their mercy, Florida's quiet Vero Beach would be never be the same.

Some of the least remorseful of all American serial killers, the deadly duo stalked their victims, often hitchhikes they believed would never be missed, using Gore's auxiliary deputy badge as a ruse to lure them into their vehicle. After that, they were most likely to be driven to their deaths.

Their evil, sadistic story from the annals of Florida history is one that will chill even longtime fans of true crime murder, especially after reading excerpts from the letters Gore wrote from prison, in which he shared deplorable secrets that made him one of the most demented sex criminals of all time.

Gore once told a psychologist that "the devil made me do it," but those who came in contact with Gore - including the law enforcement officials that ultimately put him on Death Row - believed he was the devil due to his depraved levels of cruelty.

Among the psychopaths and sociopaths that have walked the earth, Gore was one of the worst, although those who knew them say that it was Fred Waterfield, the more popular cousin who always played the good guy to Gore's bad, who was the true brains of the outfit. As it happens, he probably was, because Waterfield almost got away with murder.